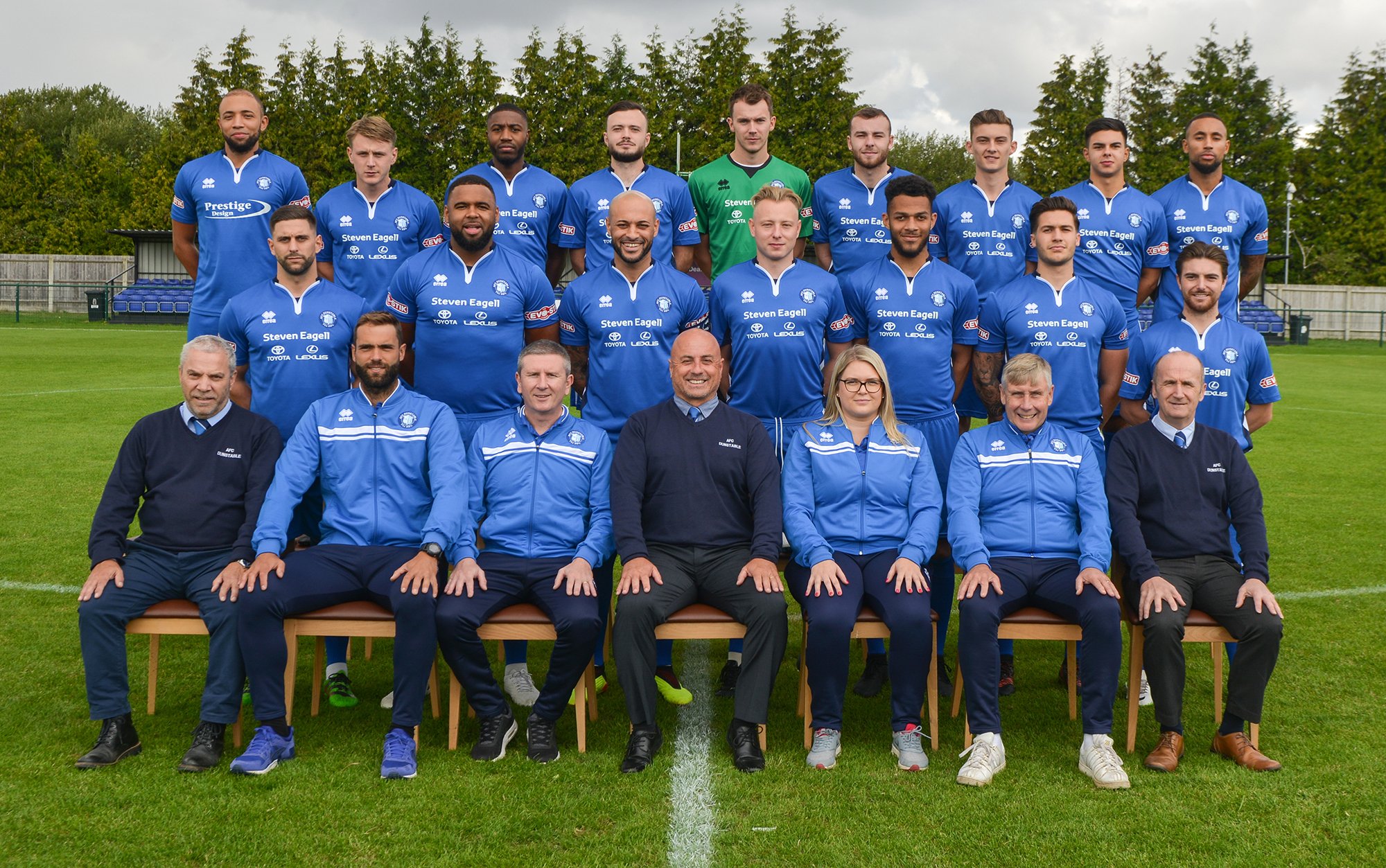 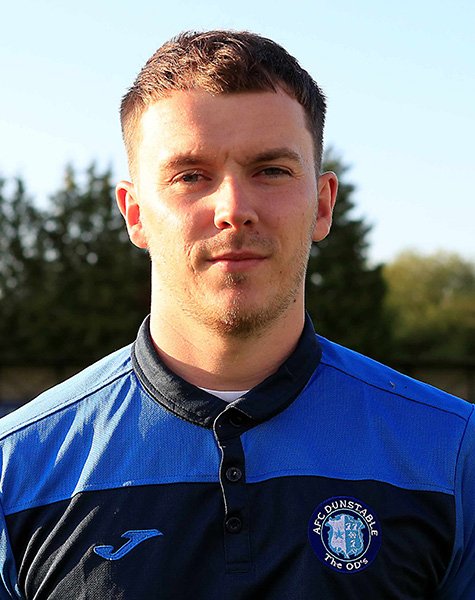 Jamie returns to the club having had a spell away from Creasey Park at clubs including Bedford Town and Cambridge City. He is another successful product of the AFC Dunstable youth setup. 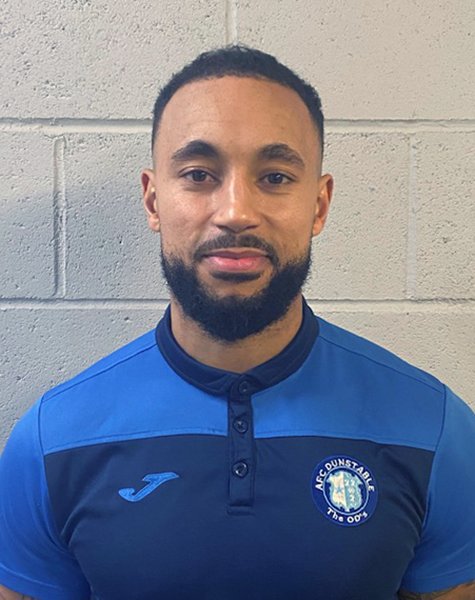 This will be Luke’s third season back with AFC after a 4 season stay at Arlesey Town. Before that, he has had an array of clubs including Aylesbury FC, Chesham United and Dunstable Town. 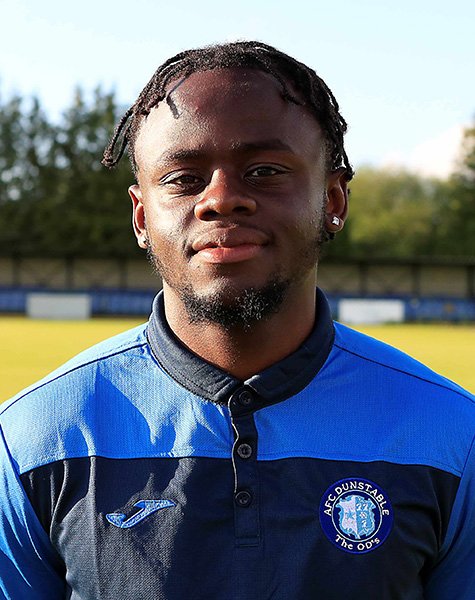 Gedeon is an energetic left back who played against us for Cambridge City in a pre-season friendly. Previous clubs include Dunstable Town and Banbury United. Adds competition to an already strong defensive unit. 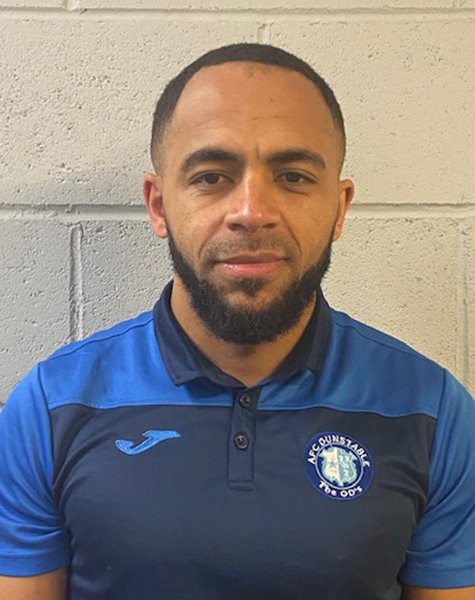 Nathan returned to the ODs after a spell away playing for league rivals Barton Rovers. Brings experience and power to the attacking line. 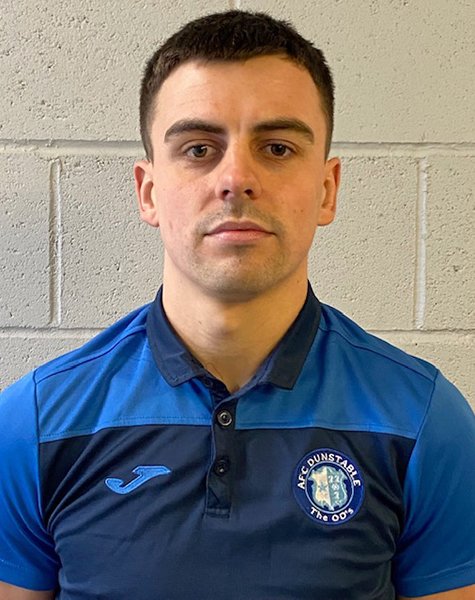 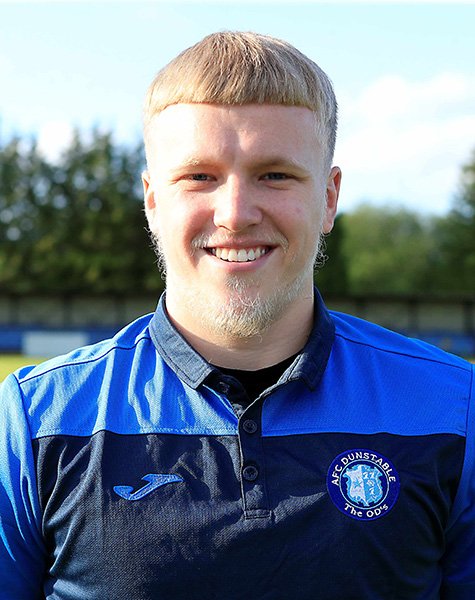 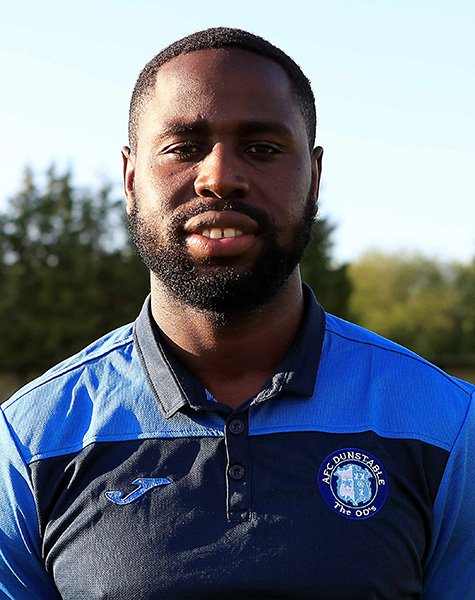 Ann spent the last 3 years at York University studying physiotherapy. Whilst in York he played for Selby Town of the Northern Counties East league. Has already played in several positions and his versatility will make him a key member of the team this year. 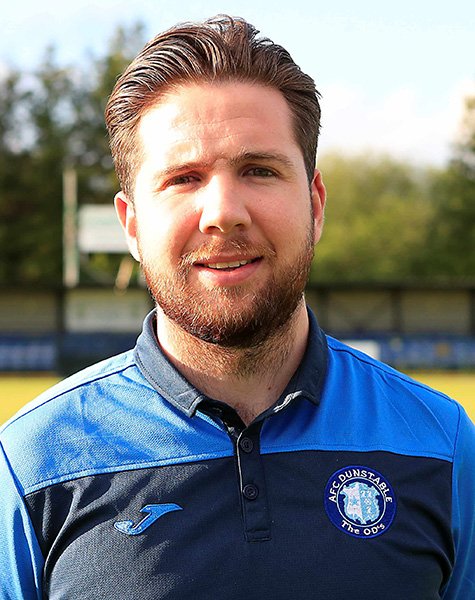 Brett returns to AFC from Bedford Town, where he had spent the past couple of seasons, having signed for them from us in the close season of 2018. A combative right back, his previous clubs include St Ives Town, Chesham United, St Neots Town and Luton Town. 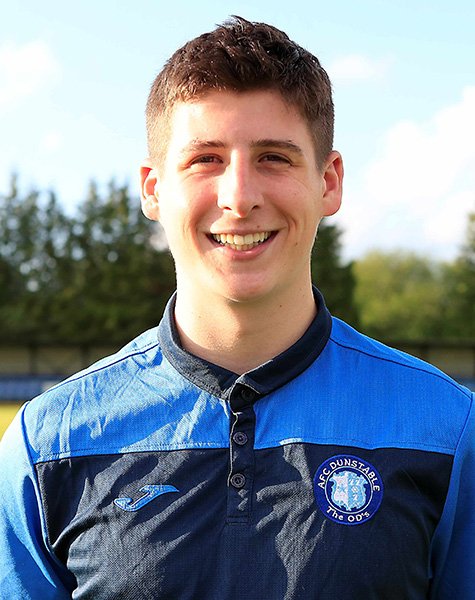 Jack signed in pre-season from Dunstable Town, after impressing in a pre-season friendly playing against AFC. Tough-tackling, hardworking midfielder, it is difficult to believe Jack is so young with the mature performances he regularly puts in. 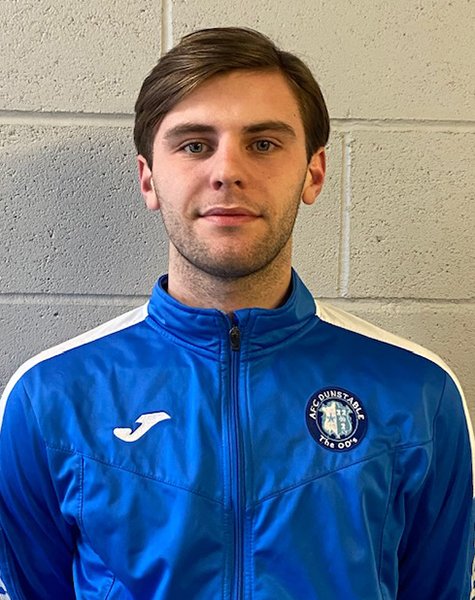 Charlie returned to the OD’s after a very short spell at Banbury United. Having played for MK Dons his return will add to the midfield options available to the manager. 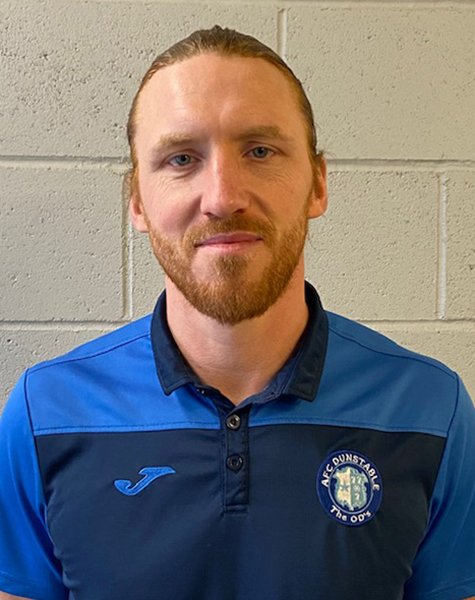 Ben signed for AFC on the eve of the 2021/22 season. Having made over 100 appearances for AFC Rushden & Diamonds, he will add valuable experience to the AFC Dunstable midfield. Previous clubs include Weymouth, Cambridge City and St Neots Town. 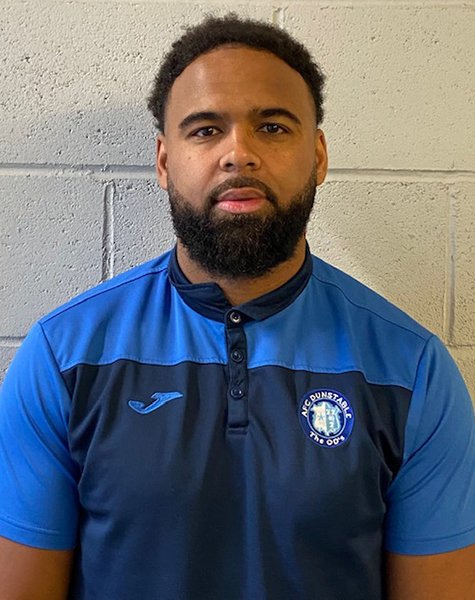 A highly experienced player, who has many clubs to his name. A great signing for the club in the 2018/19 season. Frater picked up a championship medal for Royston Town after the club won the Evo-Stik Southern League Central three seasons ago. 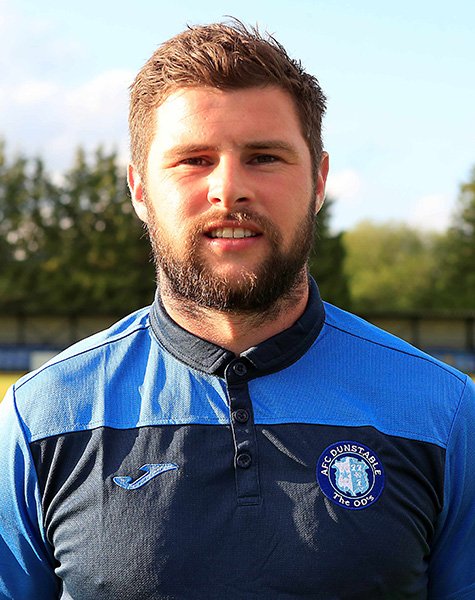 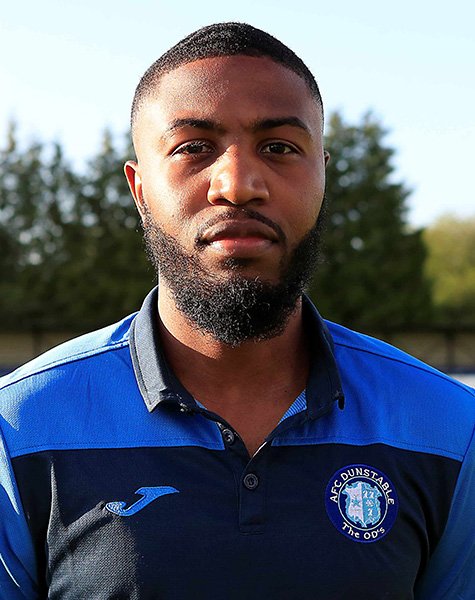 Another player who has spent time at Luton Town. Christian joined the club after 5 years at Arlesey Town, where he was a regular goal scorer. Another elegant player, Christian will be looking to build on the foundations he laid last season. 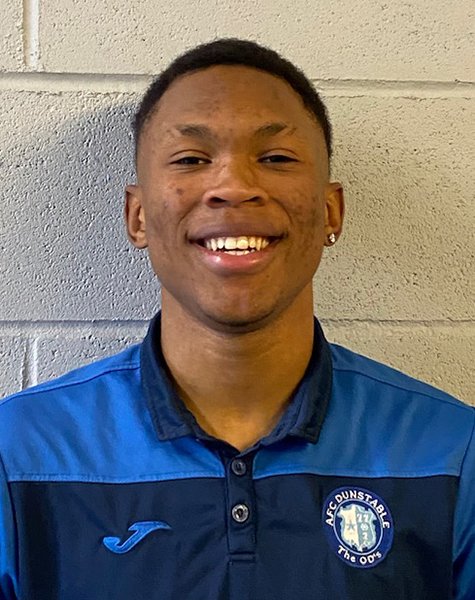 Jervon returned to the club at the beginning of September, having left the club last season to join league rivals Berkhamsted. Enjoyed success playing alongside BJ last time he was here, OD fans will be hoping to see more of the same. 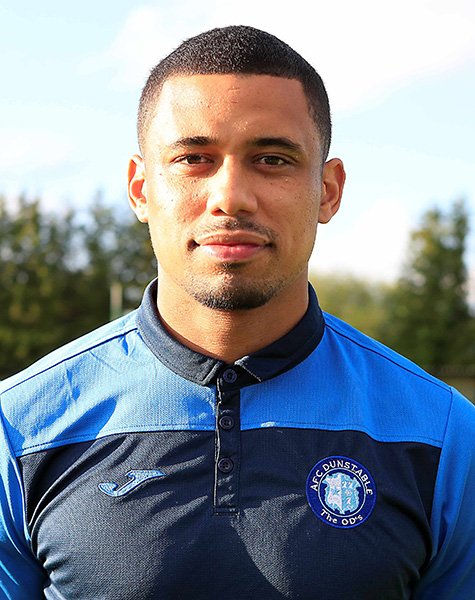 The clubs record goal scorer with over 250 goals to his name & now record appearance maker. First turned out for the club at 15. Has had a couple of spells away from the club with Barton Rovers and Berkhamsted but always returns. As you can imagine, many clubs chase his signature in close season. 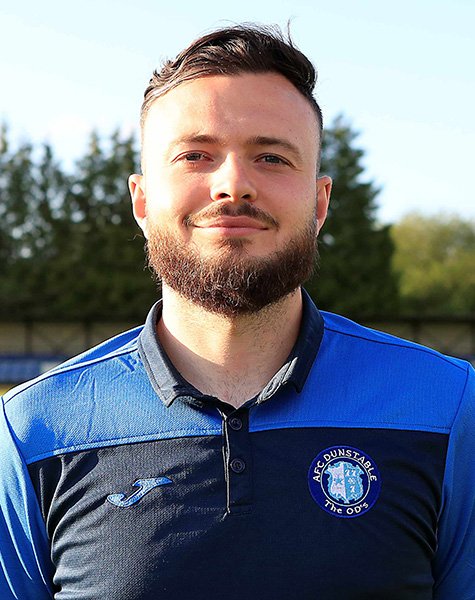 Joined AFC on a month’s loan from Dunstable Town at the beginning of 2014 but decided to stay with the club. An ex-professional with Luton Town when he was 18, he is one of the youngest players to represent the Hatters. Newman is one of 3 ex-Luton Town players in the squad. 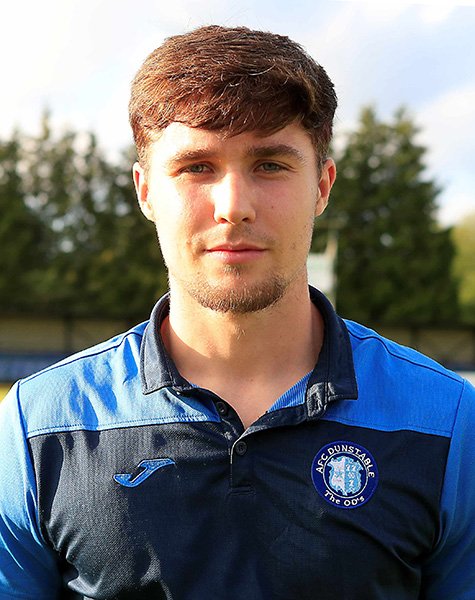 Sam is another that is no stranger to Creasey Park as he too is a product of the AFC Dunstable youth setup. Returns to the club after playing for Dunstable Town. Another that caught the eye in the friendly win over our Creasey Park co-habitants. 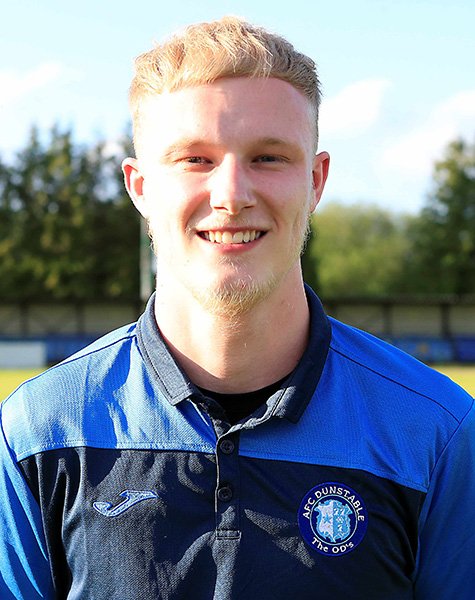 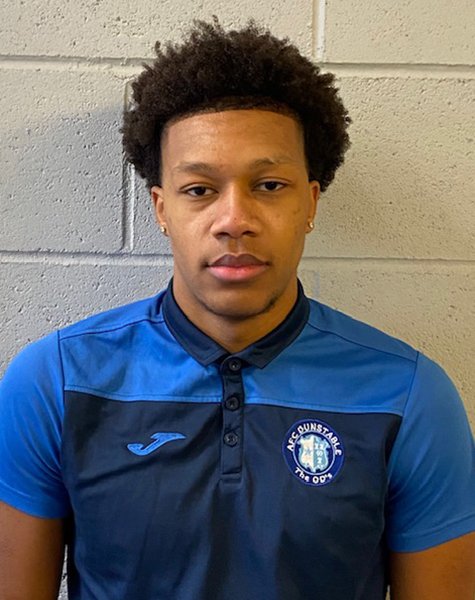 Kieran is a pacy winger that opened his AFC goalscoring account during pre-season. Will be looking to take that form into the regular season. Previous clubs include Arlesey Town. 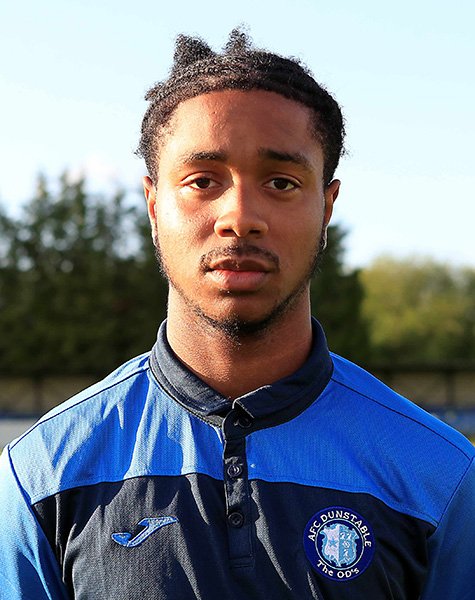 Steve joined the club midway through the 2013-14 season. The 1st team was in disarray due to the former management duo resigning. Many of the players decided to leave, so Steve had a massive rebuilding job to do.

He guided the team to a mid-table position in the SSMFL Premier Division and handed so many youngsters 1st team debuts.

2014-15 season saw him re-strengthen the side which saw us finish 3rd in the league. The following season the club went all out to clinch the Premier Division title and success was achieved.

In Steve’s and the club’s first attempt at step 4, a very respectful 7th place was secured, and the Bedfordshire Senior Cup was won. At the beginning of this 2017-18, a 2-0 win over Luton Town saw the club lift the Bedfordshire Premier Cup.

In the 2018/19 season Steve guided the club to 5th in the league and a play-off spot. A defeat in the semi-final did not take away what he achieved. 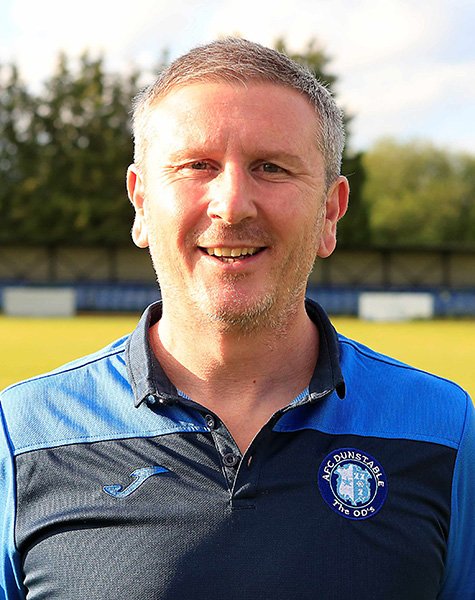 Langers had a very impressive non-league playing career. He turned out for many Conference clubs (now National League). He was made famous for a day, when he scored the only goal for Histon against Leeds United in the FA Cup, which Histon won 1-0 back in 2008/09, which was televised live on ITV. 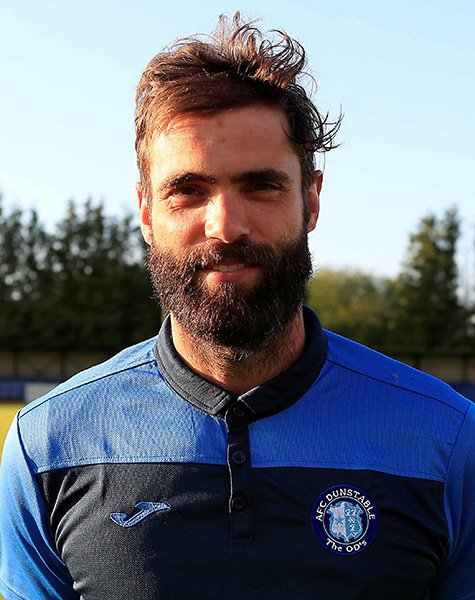 Leon recently retired from the game and as he is so highly thought of, he naturally became a coach at AFC. A former AFC player, he knows the club as well as anyone. Former playing clubs include Corby Town and Havant & Waterlooville. Has also served in and represented the Royal Navy at football. 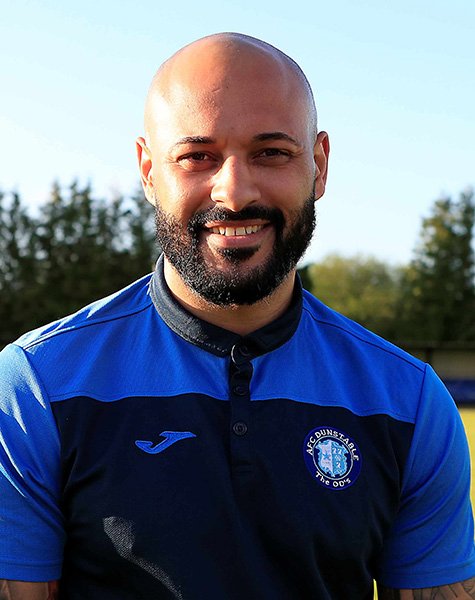 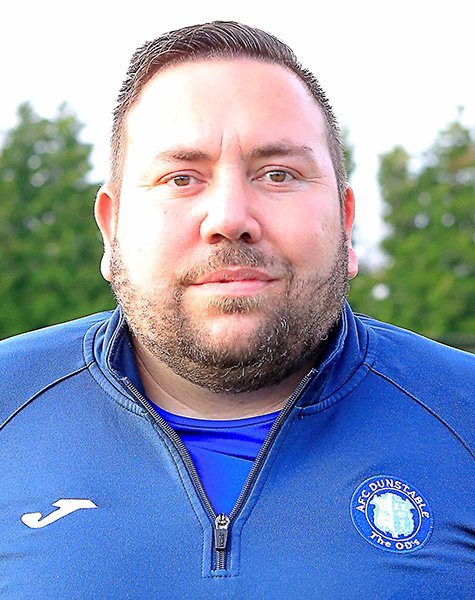